Highbury Management was set up by Mike Fatkin in 2013 after he decided he wanted to run his own business working with companies to develop their people.

Mike’s professional background is in sport.  He spent 23 years in professional cricket, joining Glamorgan County Cricket Club straight from Nottingham Trent University in 1986 after completing a Media & Communications degree, and worked his way up to the position of Chief Executive, which he held for 13 years from 1995.

Mike was a key player in the redevelopment of the SSE Swalec Stadium in Cardiff and in the venue being chosen as the first new U.K. Ashes venue since 1902.  He was Cricket Secretary when Glamorgan won its first ever one-day trophy in 1993, the team winning three more major trophies – including the County Championship in 1997 – and reaching two further finals while he was CEO. 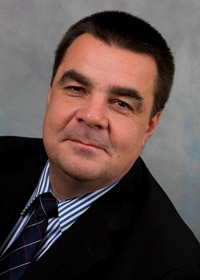 He went on to become Chief Executive of Welsh Netball from 2009 until 2013, helping them to their highest world ranking ever and to their best domestic finishing position in the UK-wide Netball Super League competition.  While at Welsh Netball Mike funded himself through a part-time postgraduate Master of Science degree in Human Resource Management, graduating with a Distinction, and set up as an independent HR and Management Consultant.

Mike has been one of the five Trustees of the Tom Maynard Trust since its inception in 2012, and acts as lead administrator and Company Secretary for the charity.  He is an Associate Member of the Chartered Institute of Personnel and Development and a Fellow of the Chartered Institute of the Management of Sport and Physical Activity.  He is also an official player mentor for the Professional Cricketers’ Association and an Honorary Life Member of Glamorgan Cricket.

Away from work Mike plays golf badly, has music on much of the time, reads incessantly, enjoys days at the cricket, and spends much of the rest of his leisure time watching, and droning on about, football generally, and Arsenal in particular.